Light up your endogenous clock, an experimental research&design towards the interaction interfaces and back-lighted devices.

The biological based timing process, however, has not been a new stuff, the earliest known account of a circadian process dates from the 4th century BC, when Androsthenes, a ship captain serving under Alexander the Great, described diurnal leaf movements of the tamarind tree. In the poem “The Garden” written by Andrew Marvell in 1678, has described a garden which the time should be indicated by variety kinds of plants. Following Andrew Marvell’s concept, Linnaeus’ flower clock was a garden plan hypothesized by Carolus Linnaeus that would take advantage of several plants that open or close their flowers at particular times of the day to accurately indicate the time. He proposed the concept in his 1751 publication Philosophia Botanica, calling it the Horologium Florae (lit. “flower clock”). The Chinese <I Ching>, also known as the Classic of Changes or Book of Changes in English, indicated in detail the circadian rhythm process inside the human body. 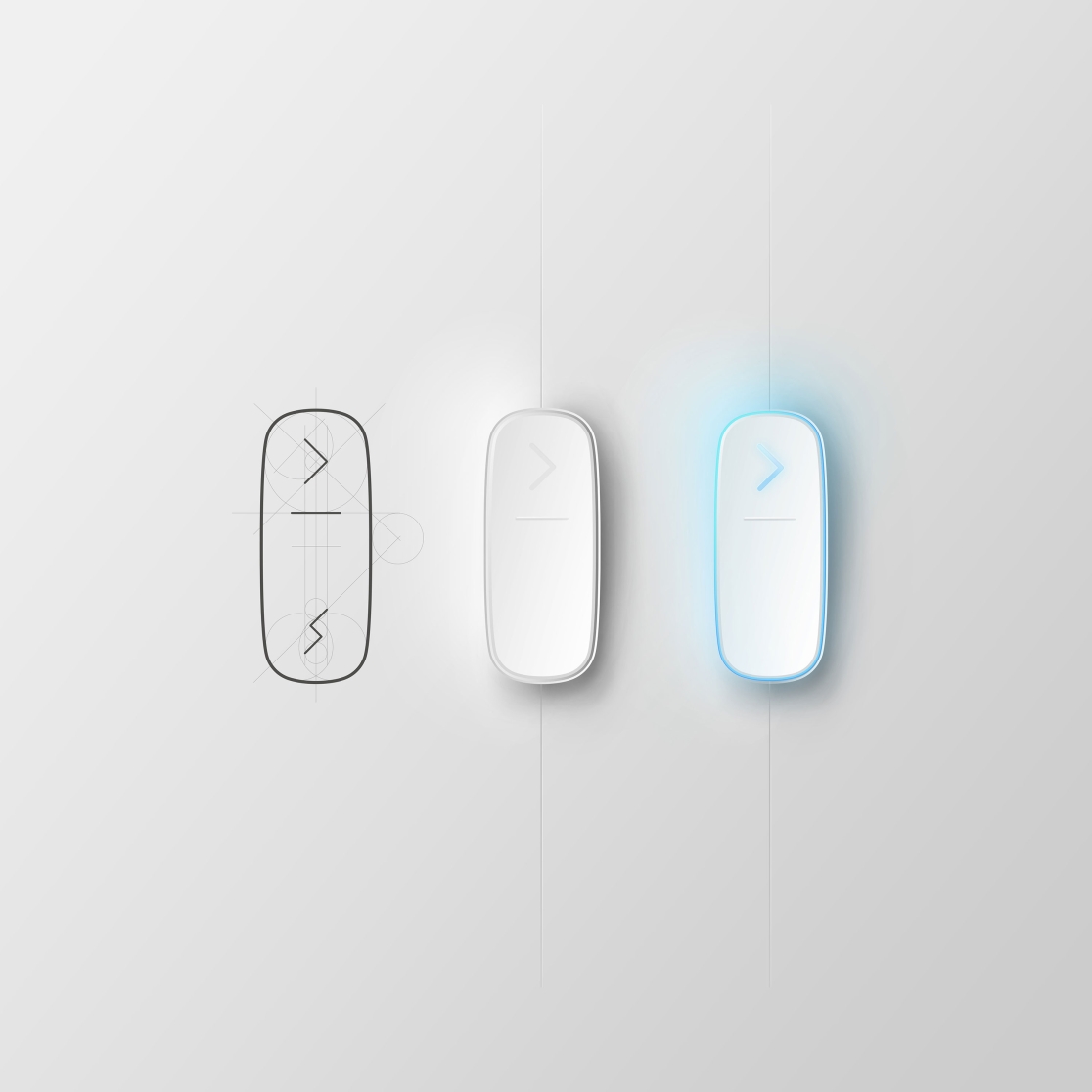 But how does our internal clock work? In fact, the light/dark information reaches the suprachiasmatic nuclei (SCN) from retinal photosensitive ganglion cells of the eyes rather than the melatonin signal (as was once postulated). Known as “the hormone of darkness”, the onset of melatonin at dusk promotes activity in nocturnal (night active) animals and sleep in diurnal ones including humans. It is interesting to note that totally-blind subterranean mammals (e.g., blind mole rat Spalax sp.) although they lack image-forming eyes, their photoreceptors (which detect light) are still functional. Sun exposure has been associated with the timing of melatonin synthesis, maintenance of normal circadian rhythms, and reduced risk of seasonal affective disorder. Disturbances in zeitgebers can exert a negative influence also on emotion and mood as well as cognitive functioning. The disturbance of biological rhythms by zeitgebers is theorized to increase risk for some forms of psychopathology. So follow the natural sun light should be vital for us human beings. 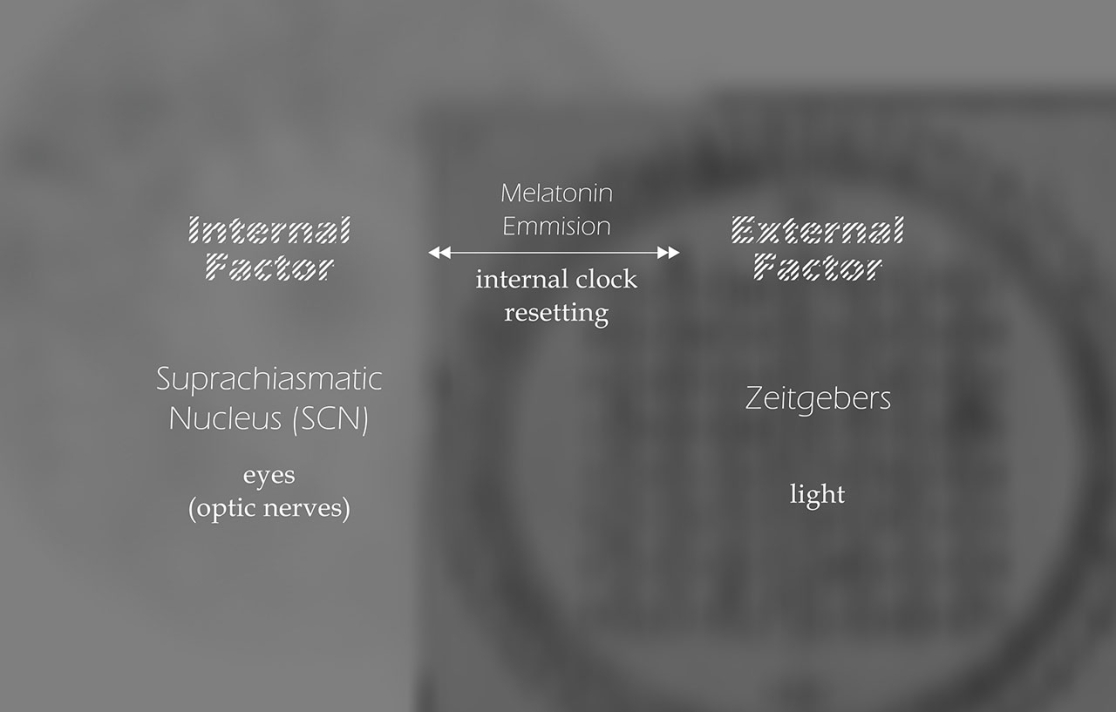 An online survey, held by researchers at Baylor University polling 164 college students on their cellphone habits. They found that the women spent 10 hours on their phones per day, men spent eight, and 60 percent of the whole lot admitted to being addicted to their devices (getting agitated when their phones weren’t in sight, etc). However, as we have mentioned in the previous, Watching TV or using computers, tablets or smartphones after dark may cause sleep loss and resultant health problems, a leading doctor has warned. Peering at brightly lit screens at night disrupts the body’s natural rhythms and raises the risk of medical conditions linked to poor sleep, including obesity, heart disease, strokes and depression. The warning, from Charles Czeisler, director of sleep medicine at Brigham and Women’s Hospital in Boston in the US, comes as cheap electricity and more portable devices make it easier to surf the web, read books and check social media on glowing gadgets at any time of night. ”As a result, many people are still checking email, doing homework, or watching TV at midnight, with hardly a clue that it is the middle of the solar night,” Czeisler writes in the journal, Nature. “Technology has effectively decoupled us from the natural 24-hour day to which our bodies evolved, driving us to bed later. And we use caffeine in the morning to rise as early as we ever did, putting the squeeze on sleep.” 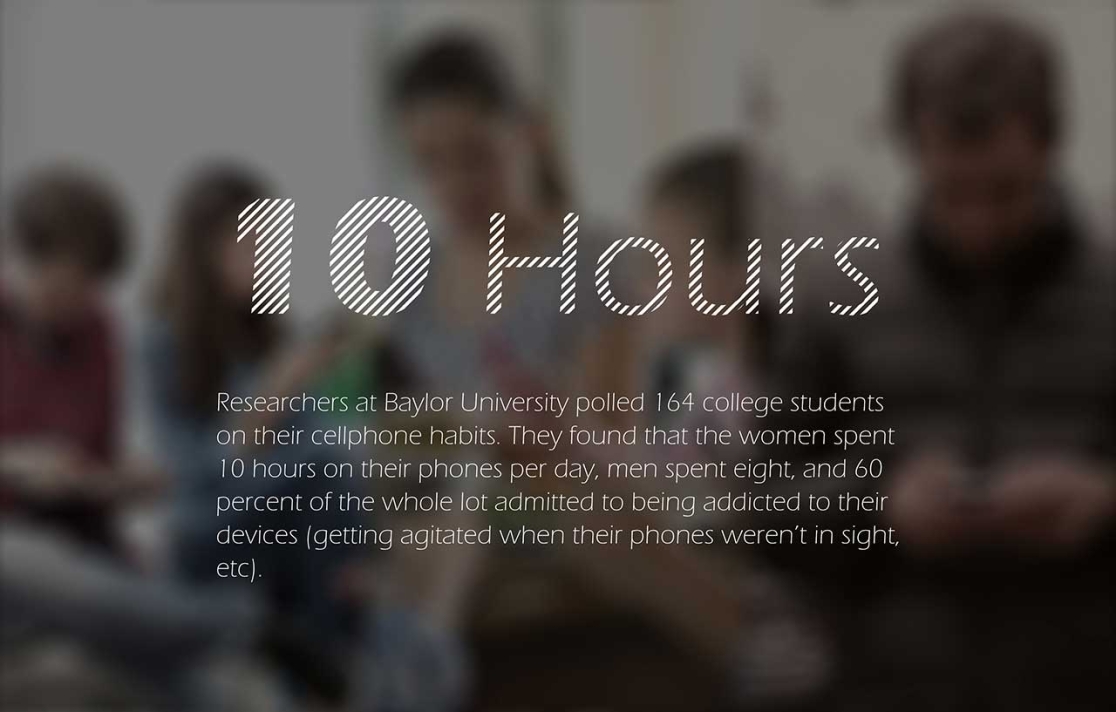 On the left the info graph shows the research into spectra of popular retina LED back lighted iPhone screen, while the screen turns all white (when RGB is 255, 255, 255), it contains all the visible light varying from 390nm to 700nm. 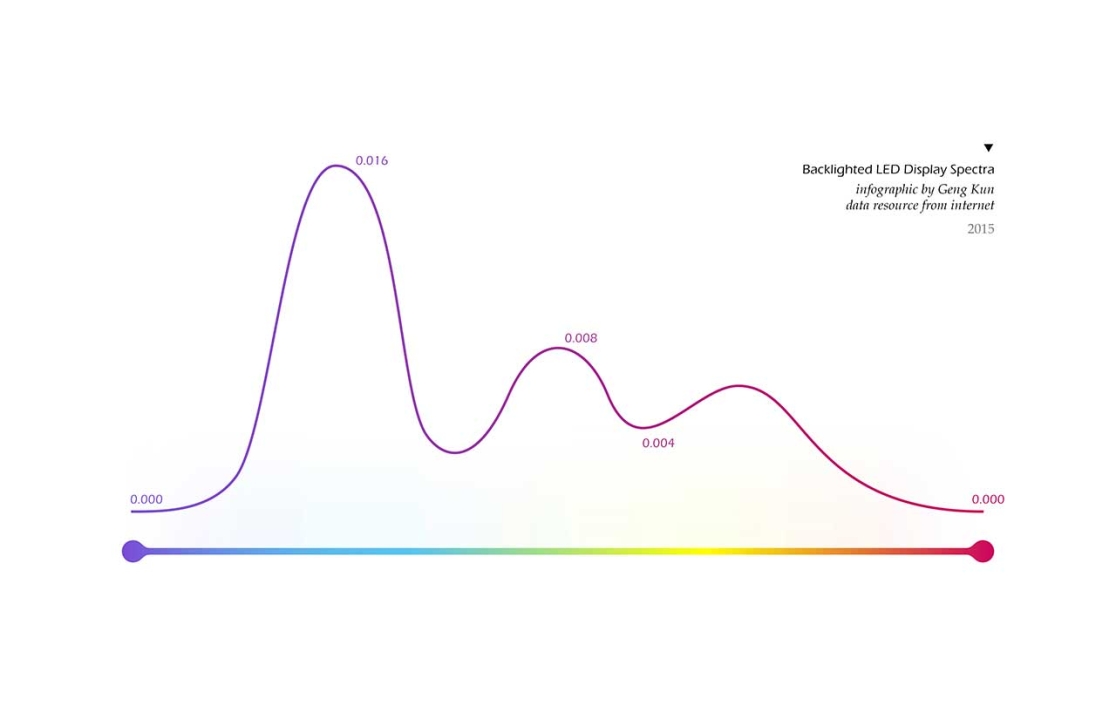 As we can see, the blue part which between 450nm and 500nm is relevantly high, as we’ve mentioned above that our eyes is much more sensible to the blue light, so we could say that the intense blue light created by the screen largely affects our chronobiology. 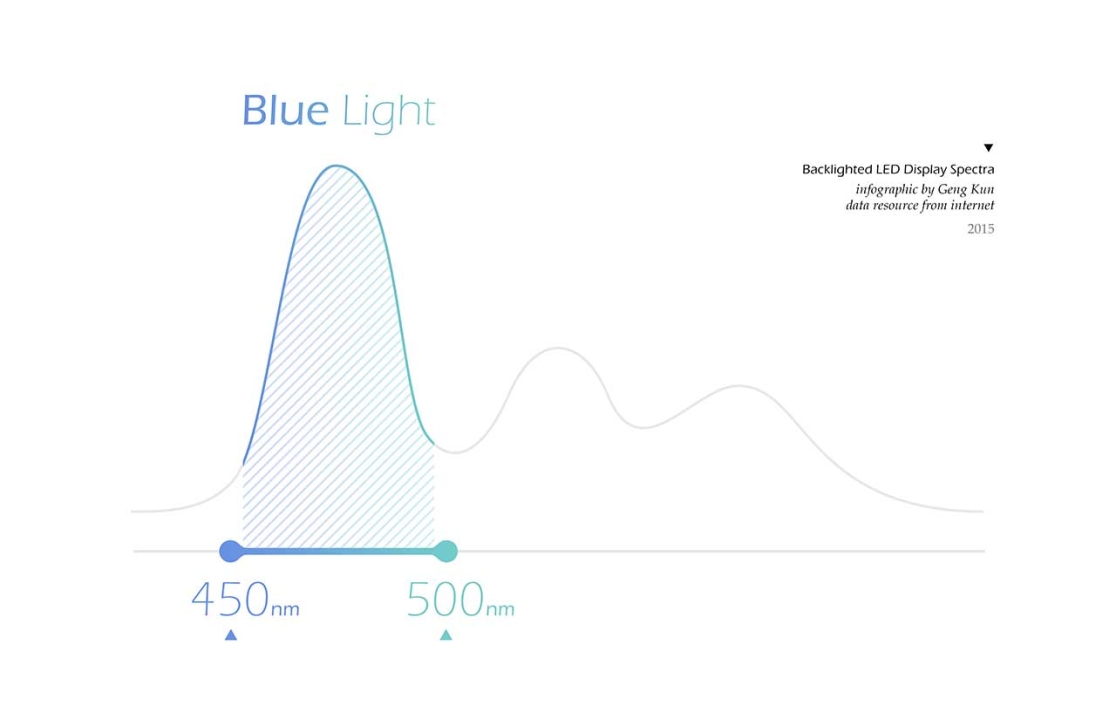 As the Sun crosses the sky, it may appear to be red, orange, yellow or white depending on its position. The changing color of the Sun over the course of the day is mainly a result of scattering of light and is not due to changes in black-body radiation. The blue color of the sky is caused by Rayleigh scattering of the sunlight from the atmosphere, which tends to scatter blue light more than red light. Daylight has a spectrum similar to that of a black body with a correlated color temperature of 6,500 K (D65 viewing standard) or 5,500 K (daylight-balanced photographic film standard). Here we take Milan as the example. 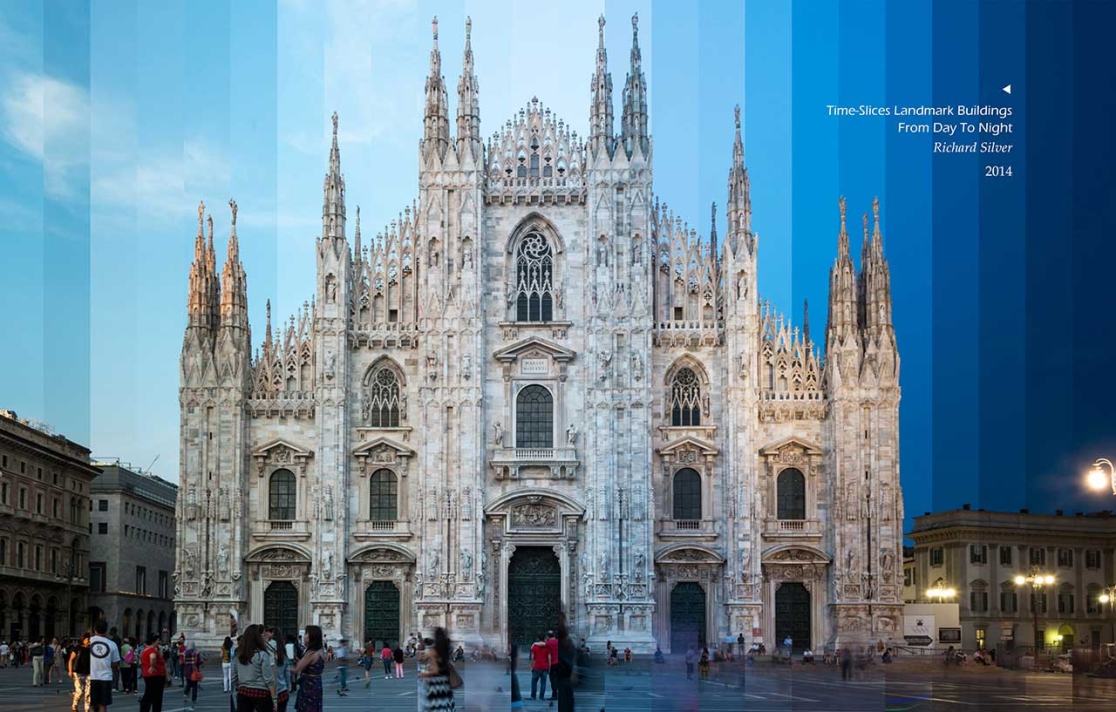 The graph shown on the right lays the results of the sunlight analysis research, based on the ideal environment. The scientific measurement for defining the lighting color is the lighting temperature, with the unit “Kelvin”. Aiming at simulating the natural lighting condition on normal screens, mainly the LED back lighted ones, the converting from light temperature into the color RGB is necessary. Based on the “Blackbody color datafile” created by Mitchell Charity in the year 2001, which offer us the possibility to use RGB to describe the sunlight color.
As the sun comes out in the morning with a slightly warm 3250k color, which turns out to be (255, 192, 188) in the language of RGB. The RGB, which refers to Red, Green and Blue, indicates the level of each element is contained in the specific color, using red, green and blue model, which the minimal is 0 while the maximum level is 255.

By applying the blue light adjustment system in screen color changing, one looking at the screen without affecting the bodies’ inner clock, by not disturbing the emition of melatonin.
So let’s have a look at how it could be when the screens applied the color changing system. 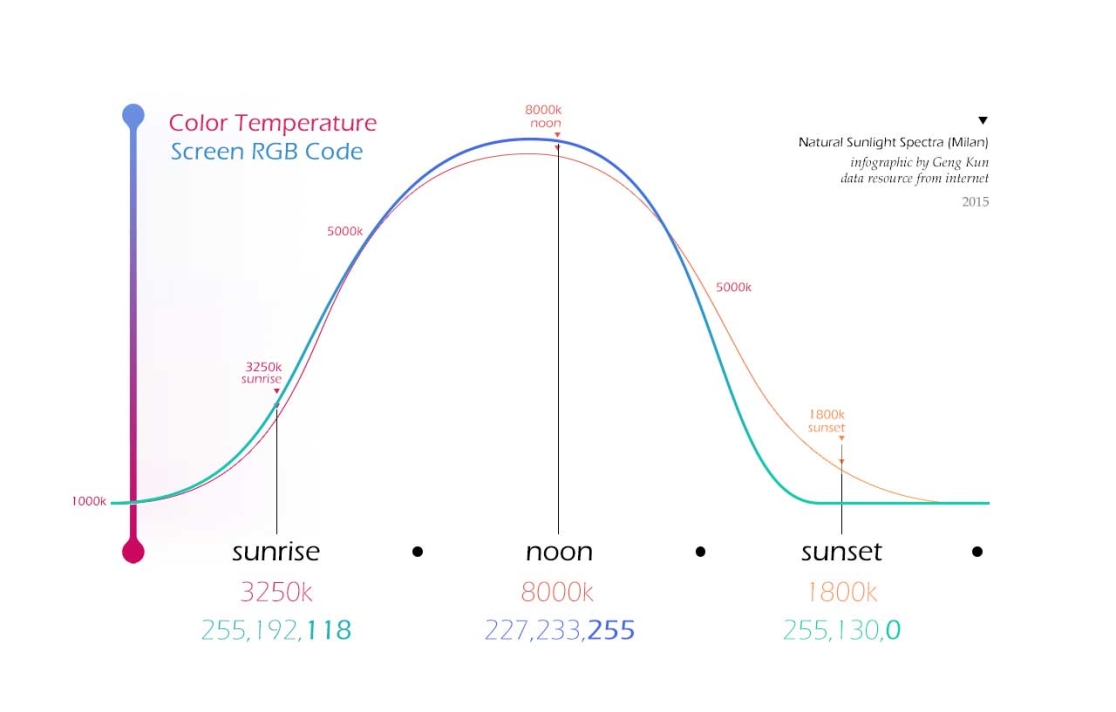 The pictures shown below have illustrated the simulation of different levels of blue light on the smartphone screen. Based on the research and the relating database, an app design has been naturally generated, which will control the light changing system in the way that follows the blue light level in natural sunlight. Obviously the app is only an example to explain the researching direction, the application of the methods could be multivariate, as the screens are everywhere in our life. 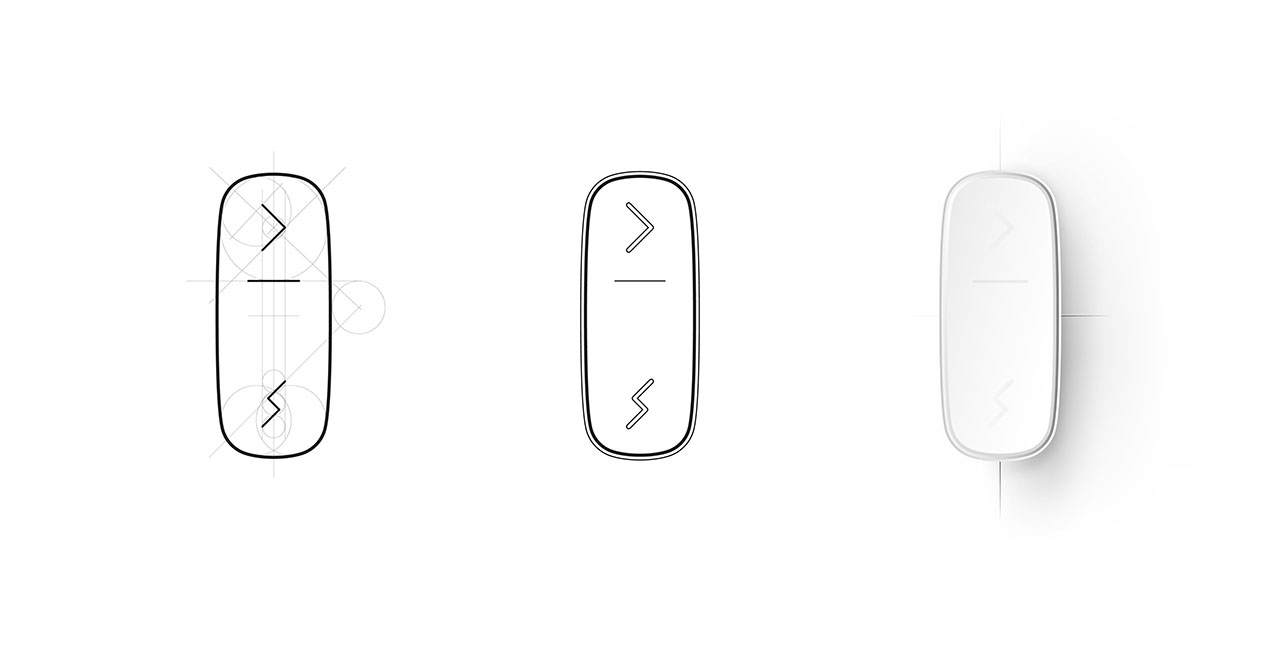 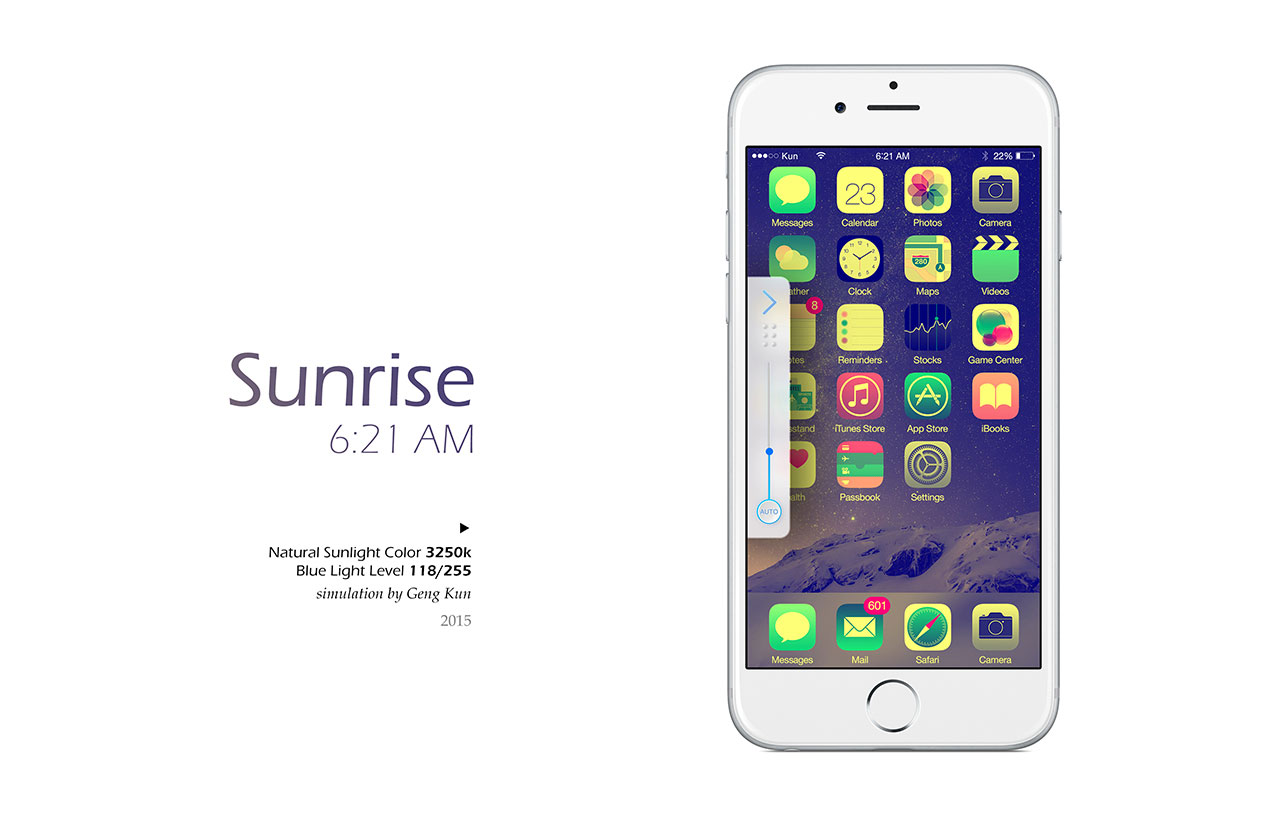 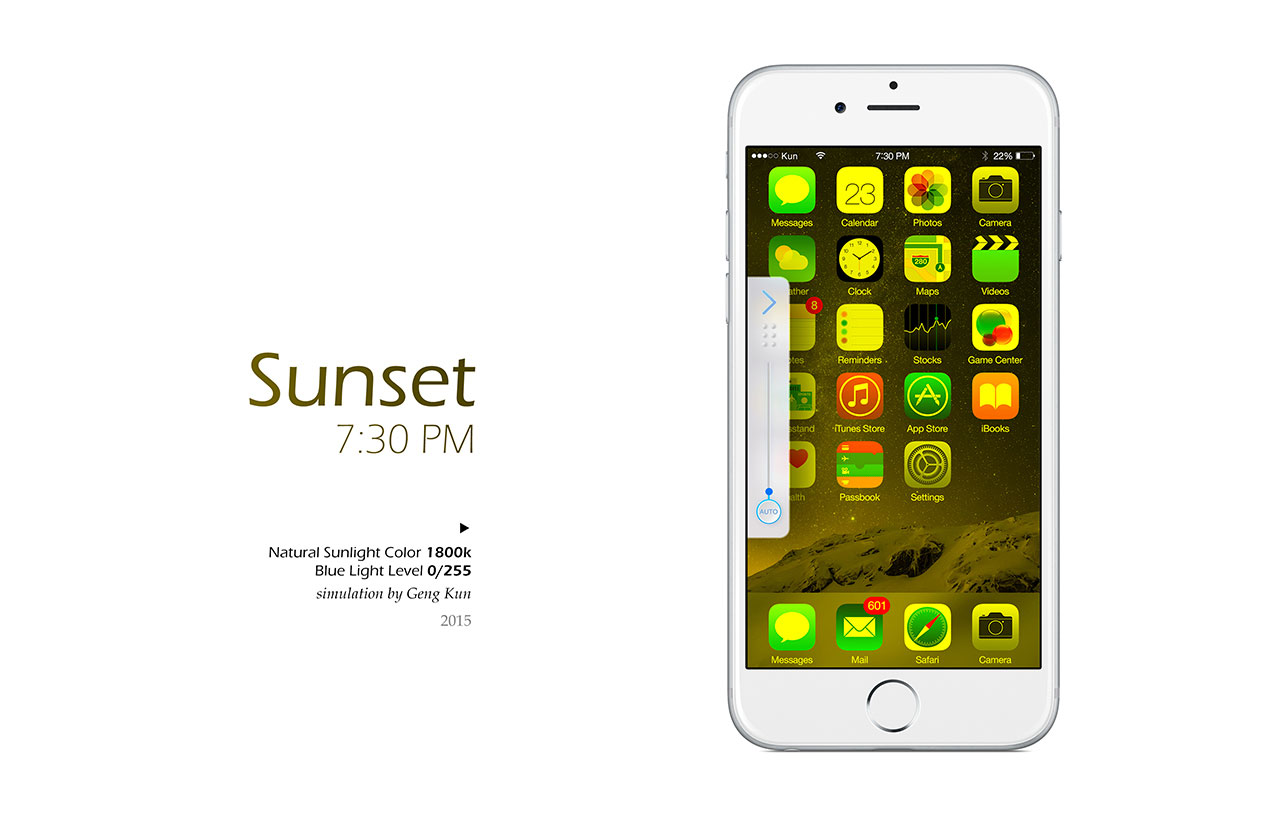